Between takes during the filming of The Imaginarium of Dr Parnassus, Andrew Garfield happily answers questions about the production. Tonight, cast and crew are in Leadenhall Market in the City of London. The market is covered, so despite it being rather cold outside, the climate within the building makes it a more comfortable night’s work.

The young actor plays the character Anton in the picture, and this evening he’s not self-conscious about his appearance, despite wearing a long wig, a large dress, and plenty of padding to make him look, well, obese. As we speak, Heath Ledger is weaving around, with an altogether more dapper appearance.

Garfield has had a brief but successful stage career, including several productions in Manchester’s Royal Exchange theatre. Before Dr Parnassus, he took the lead role in Boy A, in which he portrayed a young man released from prison, having served time for killing a child. His performance in Boy A was both sensitive and endearing, and he brought an unexpected lightness into what was harrowing subject matter. Unsurprisingly, he won a BAFTA for the role. Following his work on Dr Parnassus, he featured in Channel 4’s Red Riding trilogy, based on the novels of David Peace, again winning him excellent reviews.

This evening, Garfield comes across as a charming, dedicated and humble actor. He will go on to great success, given the choices he has made and the talent he has shown so far in his career.

Phil Stubbs: Could you tell me a bit about Anton, your character?
Andrew Garfield: He starts where we pick up with the film. He starts to have a huge crisis of his way of life because of the entry of another character into this very cut-off life that he and this travelling troupe has. So he starts off as he is normally – plodding along. He’s very joyous, very open hearted, very warm, childish, but I feel he has more wisdom than most people who are twice his age. He’s got a very good way of seeing the world, it’s very pure, very innocent. But all of that is brought into question when he is faced with competition from Tony [Heath Ledger’s character]. Anton’s personality does not appear to be winning over Tony’s.

How did you get involved with the project?
Like anyone who is trying to find work does, you audition. I was actually in Los Angeles, so I had to put myself on tape and send it over. I hadn’t met Terry until after he offered me the role, so I put a few of the scenes on tape and he was brave enough and stupid enough to cast me just off that!

What did you think of the script when you read it?
Well obviously I thought it was worth doing. That’s very rare, whenever you read any film scripts, you rarely come across one that is original, that is unique. It has a very clear… the auteur’s voice is so beautifully clear, and innocent and pure, and it comes through in every single scene. It’s a moral tale which I really, really like and I think I understood who Terry was a lot from just reading it, and I really liked who he was from reading it. And also it’s a Terry Gilliam film, and unto itself that’s something given the opportunity you want to experience, just because I’m a big fan of his movies.

Working with Terry, what distinguishes him from other directors?
His honesty. He’s very, very honest. He doesn’t bullshit you into thinking that he knows any better than you do. He treats you as an equal and he expects you to produce something on the day – so it’s not all left up to him and his team around him. There’s a real pressure every day, coming into work, to be in the moment, to be inventive, to be brave. Actually he really encourages crossing over a line that you wouldn’t normally cross. You know when he’s happy, and you know when he’s not quite happy. But also how sweet he is with it. He’s never didactic, he’s always encouraging.

Is this the least comfortable film you’ve worked on?
Yes!

By a long way?
Yeah, man. It’s funny – the last thing I did I played a young man who was pretending to be something else for the majority of his adult life. I played a kid who killed another kid when he was younger. This one is much more uncomfortable than that, which is strange. It’s physically uncomfortable, because every night we’re outside, and it’s London and it’s winter. And sometimes we’re swinging from a bridge in a very uncomfortable harness. And sometimes there’s a fake rain machine pelting down on us, and other times Heath Ledger is stuck on top of you, and other times you’re in a fat suit, you’re wearing pearls and you got to not be afraid of it.

At the same time in, what other job would you get to dress up as a woman, be allowed to and people wouldn’t judge you for it. I’m not being judged, I’m walking around with all these extras and all the crew, and I’m not being judged. I get to wear a fat suit and a wig, and makeup – and it’s wonderful.

What personal challenges does this project throw up?
Well, it’s only the third movie I’ve done, so in that respect, that’s a challenge unto itself: I’m still trying to figure out how to do it. It’s a different rhythm to theatre which I’m more used to. I’m getting used to this but it’s a different rhythm, so in terms of being ready to go when the lighting’s ready – that one of the things. And also how free you have to be and how inventive you have to be – because you have to do… this is a job where what you do with your character is left on your shoulders. There’s so much freedom. It’s kind of debilitating in a way – there are no boundaries, so therefore it’s like… you could go anywhere.

We’ve just started shooting really, what are you looking forward to?
Everyday I wake up excited and terrified, so there’s not one particular thing I can say I’m more excited for, because you don’t know what you are going to shoot every day… because something seems to go wrong somewhere. So every day is as exciting and scary as the next. 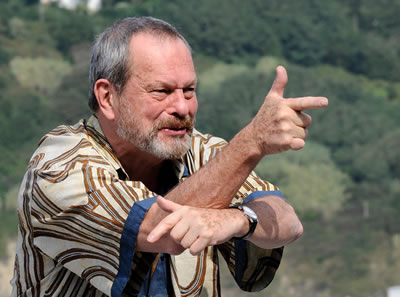 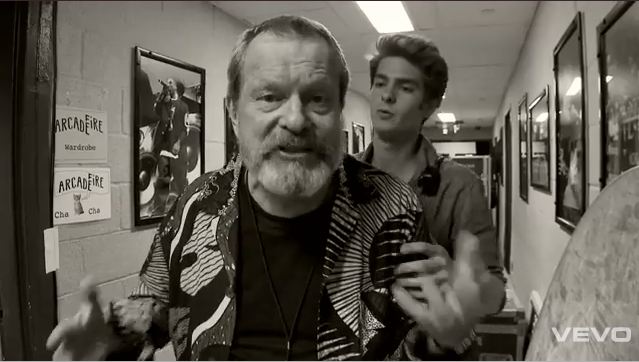