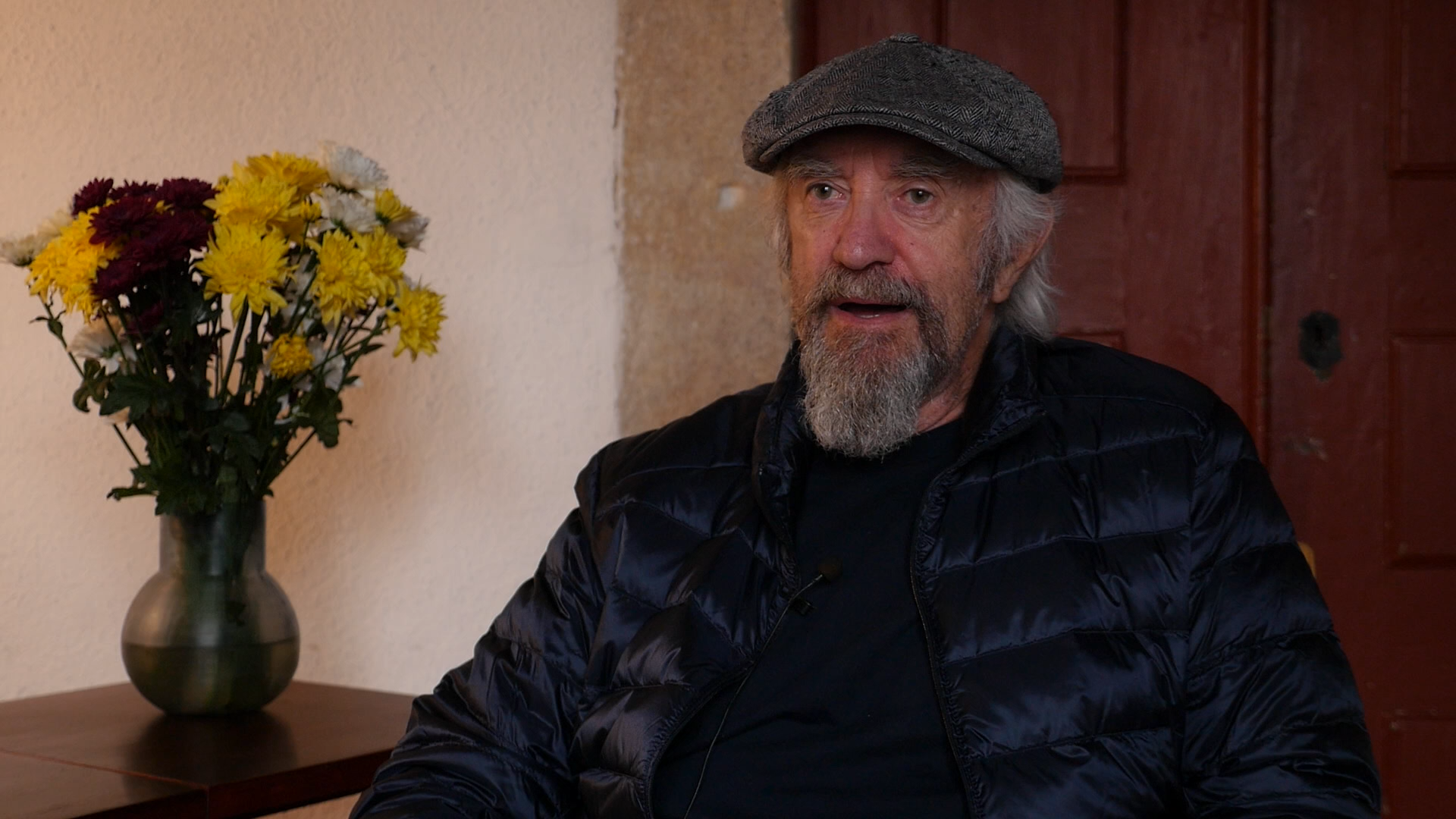 Just before a night shoot at Tomar in Portugal, Jonathan Pryce spoke with Dreams, prior to the application of his fake nose.

Phil Stubbs: Tell me a bit about your character…

Jonathan Pryce: Ultimately I play Don Quixote, but essentially I am an actor playing a man called Javier, who is the village shoemaker, who was involved in the making of a student film ten years before these events which we see on screen.

When Toby, the then student director finished his film and left the village, Javier carried on believing he was Don Quixote, and has spent ten years holed up in a shrine to Quixote and the film, watching himself on the loop and he believes he’s Don Quixote he’s kept the costumes and maybe he’s added to them a little.

And when Toby reappears and comes back into his life, he thinks that Toby is Sancho Panza. And enlists him in going on a journey – he on Rocinante and Sancho Panza on a donkey. They begin their adventures together, Toby very reluctantly joining him. Javier (me) is in and out of reality and fantasy, and so is the film. We’re backwards and forwards in Don Quixote’s mind and in the real world.

Tell me about the scenes you are shooting here at Tomar

Scenes at Tomar in this extraordinary building, it’s known as the Mishkin Palace. The bad guy of the film, if there is such a thing, is hosting a huge party. I can’t explain it simply – it’s very, very complicated. They are very very long scenes involving some extraordinary imagery. They involve Don Quixote flying to the moon and to the sun. I won’t say any more. He believes he’s going to save Dulcinea. I’m really fascinated to see how all of this is going to pan out. There’s a lot going on. We’ve shot all of our horseback scenes, and jousting and tilting at windmills – and now we are entering another world, the modern day world as you say.

I understand you were cast in a 1999 attempt to make this film, a year before Terry got the greenlight

I was cast in the original version. I was offered a role. I never got to film as I wasn’t available…

ironically never available for a film that never happened. I can’t remember who I was I think I was one of the people on the advertising side, that would have been Johnny Depp’s world. It never happened for me. Fortunately it didn’t happen. I believe Terry’s plan was really to keep delaying this film until I was old enough to play Quixote. And so it has turned out to be.

How did you get involved with this incarnation?

I’m not so worried about Michael Palin – I shouldn’t say that. But I’m just glad that the events worked out, and that I was ultimately available. I’ve been off doing theatre and other things, so it all worked out perfectly. And I managed to do three roles, one after the other leading up to Quixote, where I had a beard – so I could keep growing my beard and didn’t have to stick one on. Very important.

What did you think of the script when you first read it – this version?

To be honest with you the original version of the script I was quite worried about. I didn’t think it was quite right. It was a good script – it’s essentially the same story, but this version is just better.

I finally admitted to Terry about 4 or 5 years ago that I hadn’t liked the original script. Because I knew I wasn’t going to do it, I didn’t feel it was my place to say it.

And he said did you know all the time that it wasn’t that good. And I said yeah I’m sorry. He was determined to make it better. Given the intervening years it’s still a highly idiosyncratic script. It’s very much a Terry Gilliam script. But it’s better.

Within the script can you give me one or two themes that resonate?

It’s not just coincidence that lots of Terry’s films not just Brazil, that I started my life with Terry with, involved fantasy and people living in their dreams. And you especially saw it with Baron Munchausen. I think Quixote is another extension of that side of Terry. I very much wanted to do it because I’m of an age now with 45 years’ experience as an actor. Having done a lot of work in the theatre, it’s a bit of a chance to bring everything I’ve done in theatre, the size of performance, like the use of language, poetry, and theatrical imagery and bring it to the screen, and Quixote certainly gives me that chance.

To what extent when you prepare for a role do you start afresh or are there things from previous roles that you can draw on?

I think what you bring to something – especially an actor of my age and experience – is you bring that experience to the role. And I bring hopefully, myself, a level of confidence in how to approach something, and working with Terry (I shouldn’t say this), you need your own self confidence because – he’ll admit it hopefully, that he’s not an actors’ director. He very much employs actors for what they do, and he hopefully casts well enough.

He wants you to do your work, and he’ll film it. He’ll do the images and the look of the film. He’s very encouraging of actors – that’s his strength, I think. When he gets time to do it, to be encouraging and gets time to talk to actors…

There’s a lot, you’ll see if you’ve been on the set at all, a hell of a lot going on, all the time. It’s very much my experience from Brazil, Munchausen and Grimm, there’s always a lot happening. He fills the screen with stuff!

You’ve known what to expect…

Can you tell me about your nose, and to what extent your nose has helped you find the character?

I’m not lacking in the nose department myself. But having an extra dimension to my nose… the first thing I’d say about it is that I am completely unaware of it when it’s on. Pablo, who made it, and who takes almost an hour to put in on each day, is an absolute master of the craft of the fake nose. You cannot see the join. It’s great because I like working with a beard. And now to have the mask of a nose, it’s something to hide behind and it’s not me – which is always a good thing for an actor.

How have you found riding / being on a horse?

Well I hadn’t ridden a horse for at least ten years, and I told Terry I didn’t think I could do very much riding, especially the riding which is demanded of Quixote. As it turned out, there’s a couple of sequences where we haven’t used the stunt double where I have galloped with my lance towards the windmill and I’ve galloped with my lance towards the Knight of the Mirrors.

So I’ve done a lot more riding than I expected to, and exceeded Terry’s expectations. It’s always a good move to tell a director you can’t really do anything very much… And then he’s pleasantly surprised and grateful when you actually do it. He did curse me for making him uncertain about what I could do, and then showing off eventually

You’ve worked with a large number of directors in your career. How is Terry different?

One of the extraordinary things having worked with Terry is when you go on to do other films with younger directors (younger than Terry anyway), the high esteem in which he is held. For a lot of directors, Brazil was formative for a lot of directors. I remember Pirates of the Caribbean’s Gore Verbinski in awe of Terry Gilliam. The two producers of Game of Thrones – huge fans of Terry. It validates your opinion of him when working with him.

In fact Dan – one of the Game of Thrones producers – originally when he was a student in Ireland was a script reader and read the original Quixote script and commented on it.

Terry is unique, there is nobody quite like him and there are people who have followed him. You see lots of echoes of his work and homage to his work all the time. I’ve said to him in the past when he’s been trying to get a film made, or when he’s spent years working on something of his own, just do something small, just a little film. And he can’t do it. It’s not how he sees the world. Big images and big themes. If you know what to expect, it’s a good experience. It can be a bit of a shock to some actors. I love it, absolutely love it.

To what extent do you see Don Quixote within Terry?

If there’s anything similar between Terry and Quixote is big dreams. And you’ll find that in a lot of his films, not just Quixote.

What extent do you think Quixote is relevant to today’s society?

Absolutely none whatsoever. I think he’s there to inspire people’s imaginations to live an exciting life. To live a noble life, to be honourable, to be chivalrous. It’s quite nice that this script does touch on contemporary themes of refugees, immigrants – very small moments, but they’re in there. We’re not ignoring today’s world, and the horrors of today’s world. But hopefully this takes you away a bit and there are elements of it where it’s quite a compassionate film and you are feeling sorry  ultimately for Quixote’s plight.

Putting Tomar to one side, what would you assay was your favourite location?

Working in Spain has been a real eye-opener for me. A lot of Munchausen was made in Spain – in Almeria and Zaragoza. I’ve not spent very much time in Spain. And it’s been a real eye-opener the beauty of the country – so I don’t have one particular location that’s a favourite, they’ve all been extraordinary, and it’s been quite a privilege to have been riding a horse or even walking a horse along some of the most beautiful landscapes you’d want to be in. I’ve got favourite hotels and favourite meals but I wouldn’t say I’ve got a favourite location!

What has been the greatest challenge?

I think the biggest challenge about making this film has already been surmounted and that was achieved on day seven when we exceeded the previous shoot which was six days. I don’t think we had champagne, but we should have done. The other challenges are that everyone finds the same challenges, and that is living up to Terry’s expectations, and surpassing them and surprising him. I think we’re doing it. It’s very interesting for a writer, whether in theatre, television of film, when they give it over to the other creatives and to give it over to actors and to watch it grow and not be too possessive of it, and to be inspired by the new things that people do.

If anybody has seen Lost in La Mancha, they’ll know what my costume looks like because we managed to get the original costumes that Jean Rochefort wore, and luckily they fitted me so that’s what I’m wearing all that stuff from 17 years ago, with a few additions that I’m about to wear for the first time in the Mishkin Palace sequences – the fancy dress ball. So it’s quite nice the idea that Quixote wears fancy dress, having worn fancy dress all his life. They’re great costumes, with the armour and all the recognisable things, the shaving bowl, the helmet – just wonderful. 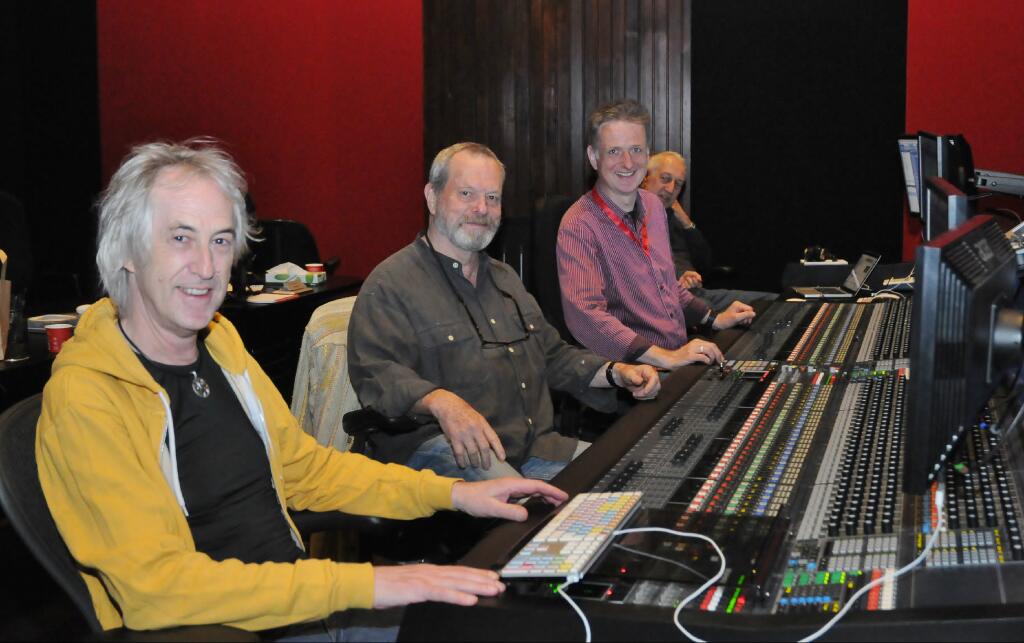 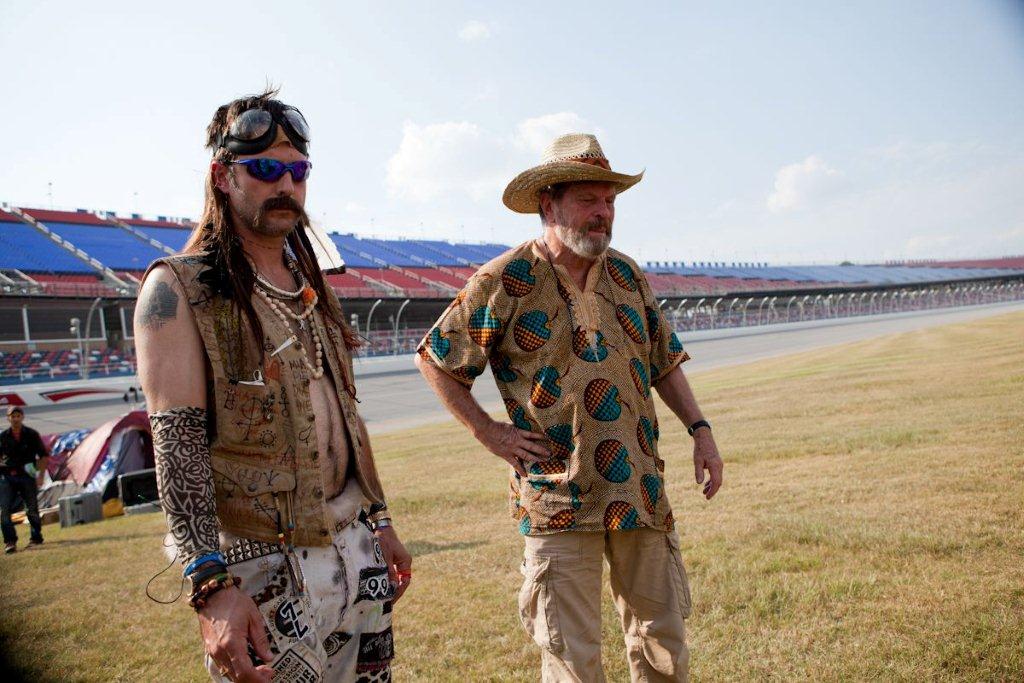 In September 2010, Terry Gilliam was in Alabama, shooting The Legend of Hallowdega, a short film for Pepsi. 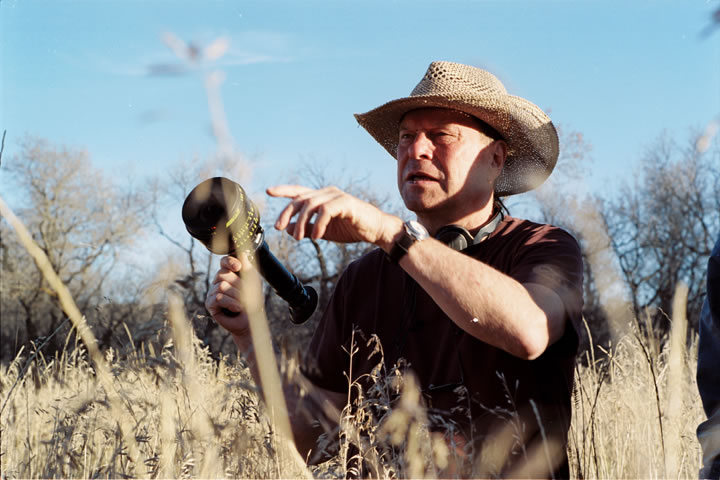